Currently, we're in the process of setting up a Demo Level which is done other than a slight few minor changes since right now we're using some testing scene stuff from a different project just for the moment. 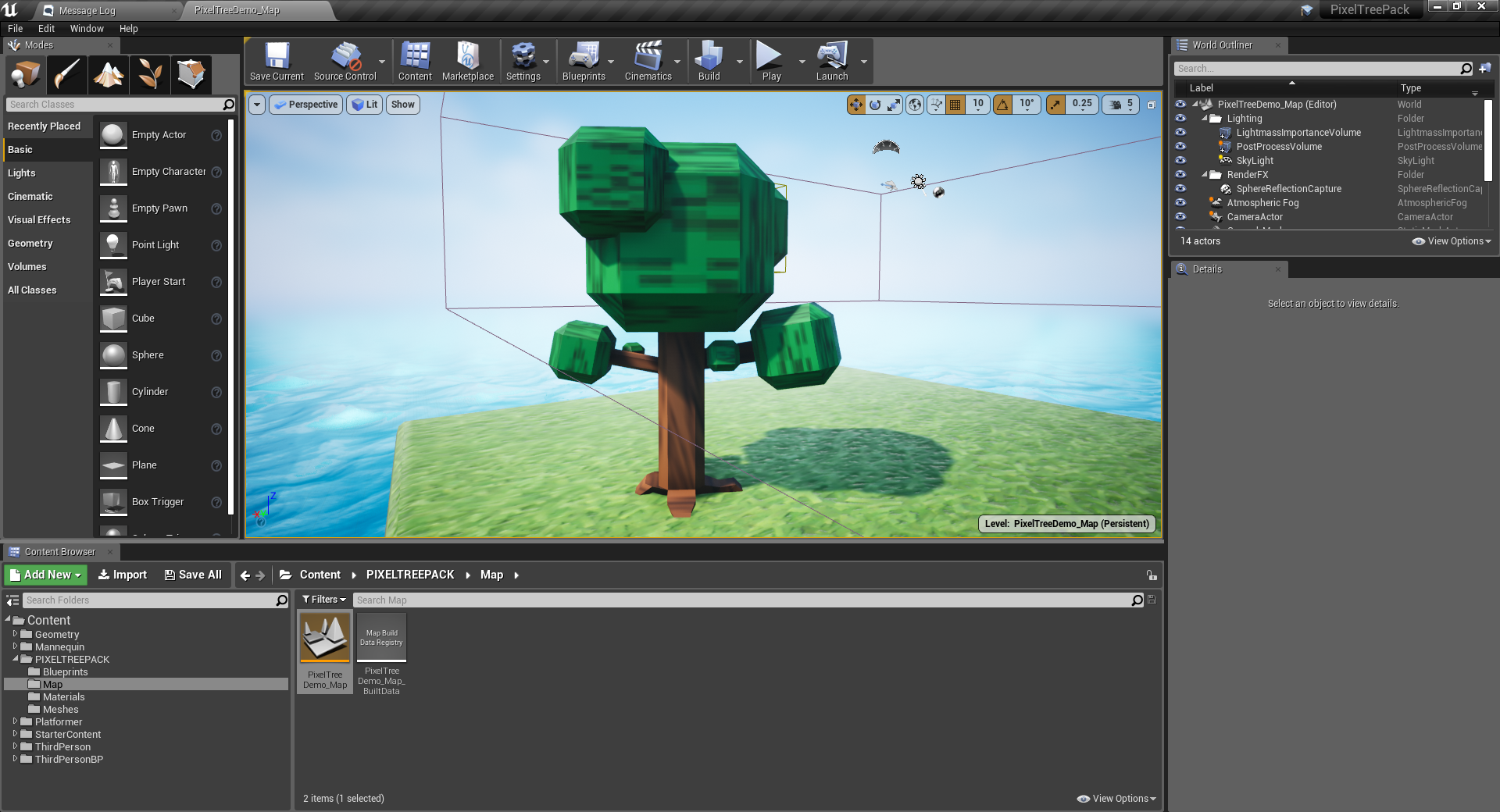 The first Pixel Tree has been Added into the Unreal Engine 4 Project fully. We reworked the the Pixel Tree Mesh and modified the UV Map to suite the object better to prevent issues when importing into UE4. This was a newly discovered problem but is now fixed.

After importing the first Pixel Tree into Unreal Engine 4 we then changed out the texture to a seamless one that can be tiled. This was then modified using Blueprints to generate the twisting of the bark as before. However, this was done to prevent and optimize Tangent Space Errors that were also a problem before and that is now fixed as well.

Additionally, Collisions to match the model itself are enabled and LODs will be added as well for streamlined usage. 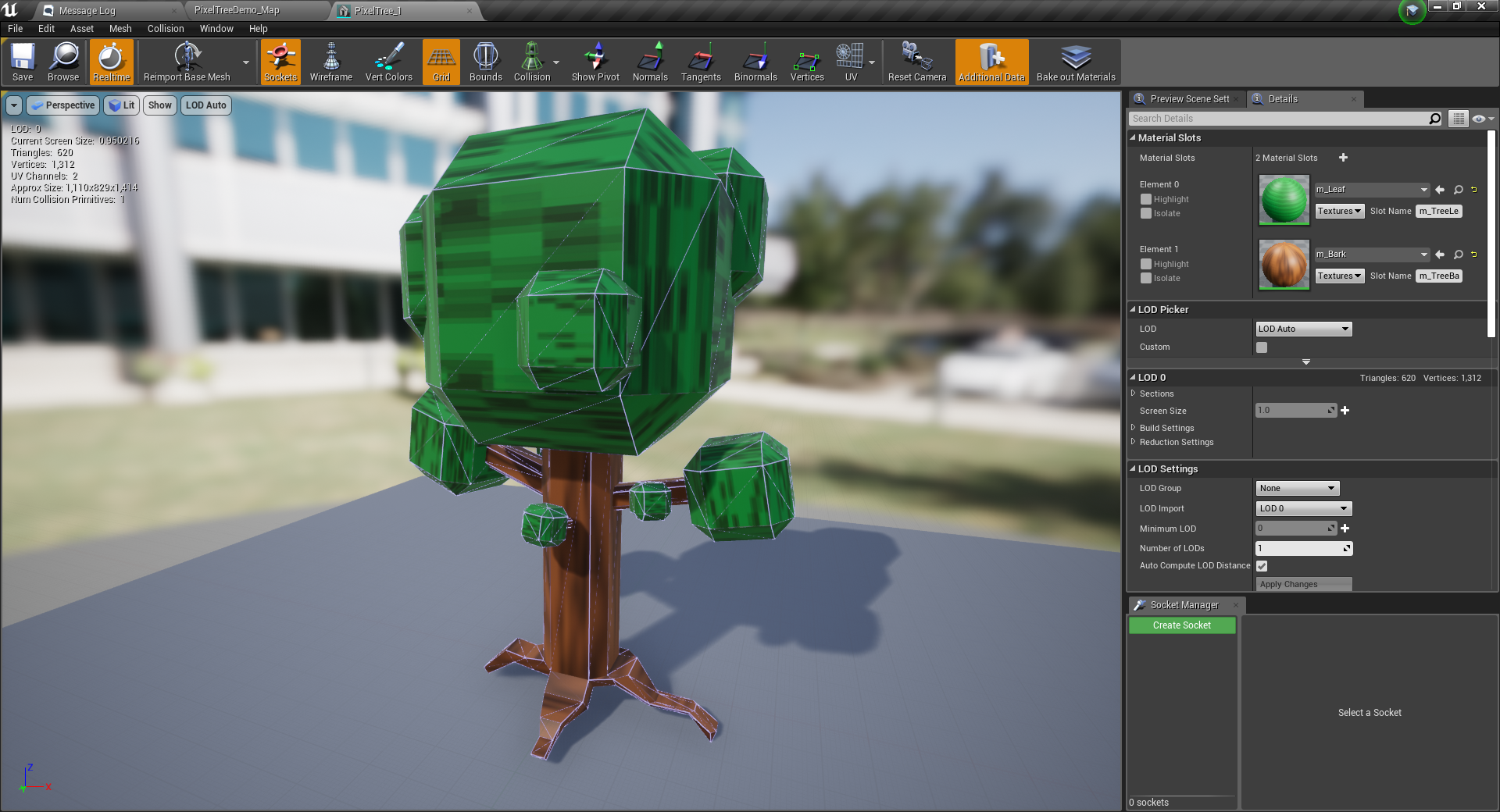 The same will be done with the rest of the Pixel Trees before moving onto the little sum-sum extra which is on the backburner for now until we figure out how to accomplish it and that will take some time, probably a future update to follow if not sooner.

A super low poly pack of boxy or minecraft-like 3D Pixel Trees for games and more!